My vision on Public Policies

I was recently challenged to express my views on public policies. So here it is…

The following statements are based on these principles and assumptions:

Regarding the last principle, all the claims published here may be regarded as hypotheses which require testing and further validation.

Preservation and restoration of natural resources (like water, soil, forests, air) which sustain human life (or all life for that matte), is critical.

A human can survive minutes without air, days without water and weeks without food. Also the quality of all of these influence the well-being of human beings.

The interesting thing is the common factor in assuring a high quality of air, water and food is forests (trees).

Because tree roots and the soil created by trees absorb and store water, forests retain excess water and release moisture into to atmosphere, where it condenses as rain. In other words, forests help generate rainfall and prevent droughts.

Also forests and the soil beneath created by them act as a buffer which retain excess rainfall water. Therefore forests prevent floods and guard humans from property damage and life loss.

Our food depends on agriculture which depends on the soil we use for it.
Plants create soil by converting anorganic substances and placing them at the surface of soil as humus. Forests/trees are the best at collecting minerals from high depths because their roots go the deepest. Therefore forests are the key to creating rich soils to be used for agriculture.

Also trees reduce soil erosion. This is because their roots physically keep soil from washing away.

Forests, like all forms of vegetation, affect the “surface albedo” or reflectivity of a surface and also they absorb more heat than bare soil.
In other words, forests cool local climate.

According to the developmental psychologist Howard Gardener, a human being has more types of intelligence:

Currently the first years of school are focused mostly on Logical-mathematical and Linguistic intelligence.

Education should prioritize the development of these parts in a human being (in this order): Body, EQ, IQ, Values, and, at the end, Knowledge and Thinking Patterns.

Also the education system should offer a complete and holistic approach which helps a child be prepared for every type of life event (for instance for the process of taking a loan).

This is a big issue… Education requires teachers and schools, and good ones require a lot of money.

But not unless you digitize the process and create an environment suitable for unsupervised learning. For instance computer games are self-suficient: a child acquires skills and knowledge without any adult intervention. So can we create games which educate children? Monopoly is such a game. It teaches business management.

Another way to cover the costs is to allow direct donations from individuals and businesses, and in return the state allows them to contribute to the management of the school and the curriculum.

– Double the budget – educated people are successful people
– Copy a working model – see Estonia (focus on development of personality and family, preservation of nature, values of citizenship, lifelong learning), Ireland (the majority of secondary schools are privately owned and managed but state-funded) or Finland (no need for explanations here)
– Daily physical activities / games
– Group therapy – most children don’t know how to handle the effects of bad parenting and the distructive patterns which come with it
– Life Education classes – they learn to handle everyday situational related to nutrition, hygiene, clothing, finances, laws and rules, environment, entrepreneurship, taking decision, self-defense, etc
– Learn at home, practice at school – the theory can be easily delivered at home video recordings, and at school a child could practice it under the supervision of the teacher (the Khan Academy model)
– Gamification – if you can make from farming a game (e.g. Farmville) then you can make from anything a game and that includes education
– Teaching in English – learning in English allows a child and a teacher to use a lot of free online courses (e.g. Khan Academy)

The justice system as seen today is system based on:

There are 2 main issues:

The best system based on rules known in this present moment is a software/digital based system.

A computer-based justice system has some obvious advantages:

Some advantages that are less obvious are:

7 tests – for recruiting a great team

Before starting a recruiting process you should have in mind that recruiting and career tests are not the best ways to test a candidate for a particular job. Putting the candidate to work is.

More details about testing future performance in the following video:

Now! Because work sample tests and IQ tests are so close to each other from the perspective of predicting future performance, IQ tests are the first and the easiest to be placed at the beginning of a recruiting process.

Filtering and prioritizing the candidates

All following tests measure only IQ (just one trait of a human’s personality) therefore it’s very easy to make a decision on which candidates you are going to follow-up further next.

It’s an Android App and the test takes 30min.

http://wechslertest.com
It’s an online application and the test takes 30min.

You will be needing to use all the tests above in order to make a more acurate assessment.

http://www.roguecc.edu/Counseling/HollandCodes/test.asp (more precise)
http://www.truity.com/test/holland-code-career-test
It measures 6 traits: Realistic, Investigative, Artistic, Social, Enterprising, and Conventional.
Each trait is more suited for certain types of jobs and tasks. You can read more about that here.

The test matches your personality with one of the 12 Jungian Archetypes. More about those you can read here.

http://www.16personalities.com/
If you are an MBTI fan then this version might be useful to you.
Note: Personalty I do not recommend this test because on various occasions it produced inconsistent results.

http://med.fau.edu/students/md_m1_orientation/M1%20Kolb%20Learning%20Style%20Inventory.pdf
http://www.bunbury.wa.gov.au/pdf/environment/u472/Appendix%2019%20U472%20Community%20Facilitator%20Kolb%20Questionnaire%20Final.pdf
It measures 4 types of learning styles corresponding to 4 traits: ‘activist’, ‘reflector’, ‘theorist’, and ‘pragmatist’.
Each trait is more suited for certain types of jobs and tasks. You can read more about that here.
This test is correlated with 2 dimensions of the MBTI test: ‘Extraversion / Introversion’ and ‘Feeling / Thinking’.

It is a payed test but it is created by the renowned firm Gallup so it is worth all the money.
The test produces a list of strength / values that you predominately express. A sample report you can see here (my report).

This test requires a interviewer with NLP qualifications.
It measures 14 Motivation and Working Traits based on the language and behavior patterns of a person.

END_OF_DOCUMENT_TOKEN_TO_BE_REPLACED

This week I read 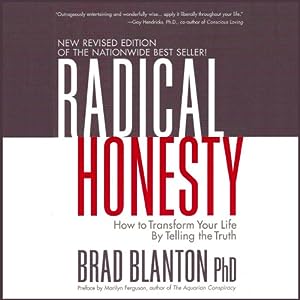